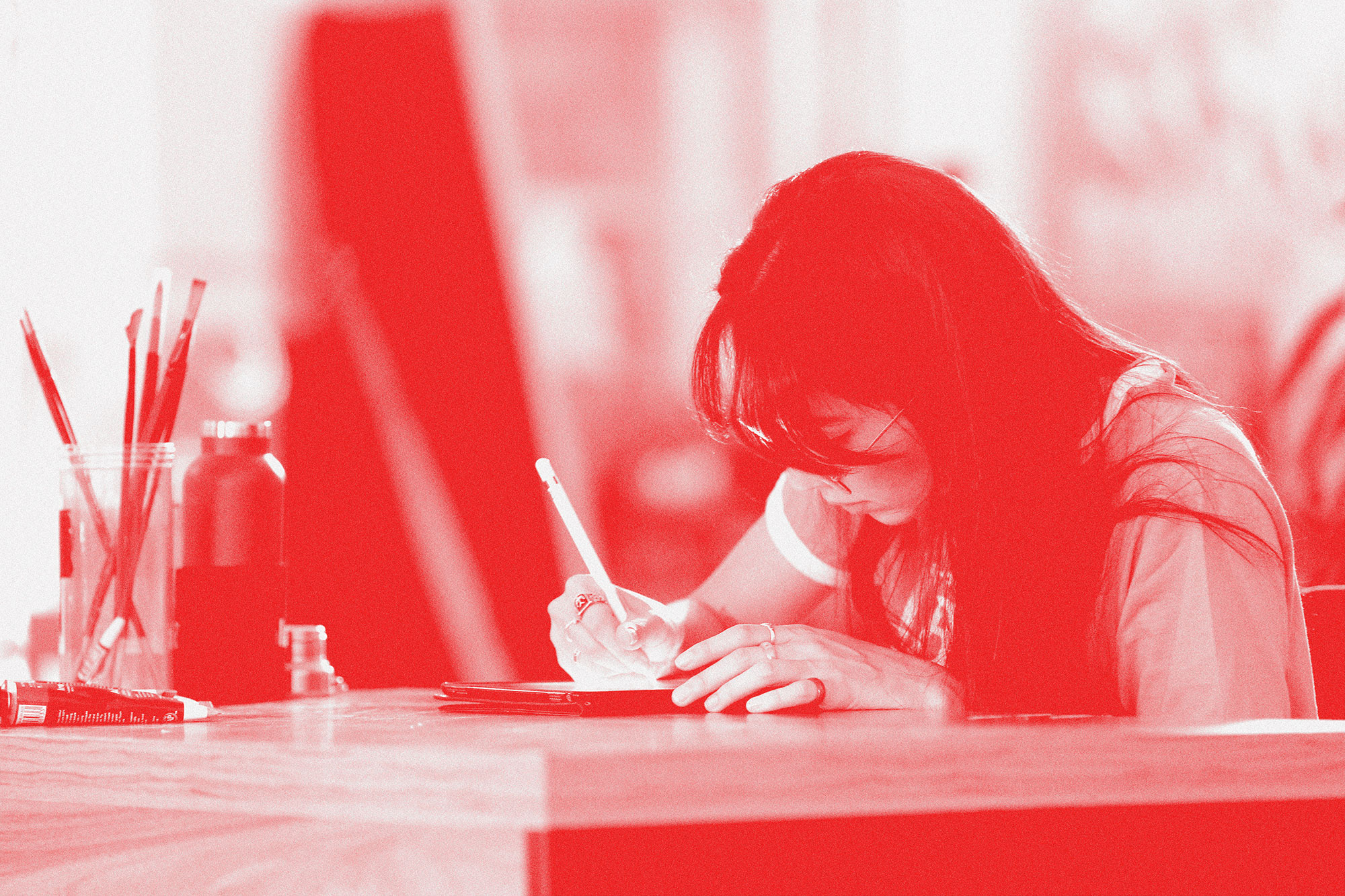 Spectator Jonze is the moniker of the artist behind Deena Lynch. Lynch was born in Yokohama, Japan to a Taiwanese mother and an Australian father. She migrated to Australia under less than certain circumstances when she was 6 years old. Lynch grew up in many different homes under many different situations and circumstances. She was not quite an orphan, but didn’t quite belong anywhere.

Throughout her childhood and adolescence this put Lynch in touch with a myriad of people and demons, coming from disjointed backgrounds themselves, or from positions of power. Having experienced physical and sexual abuse throughout this time, it pushed Lynch into the safety of PTSD where suppression, depression and dissociation became a survival tactic.

Having always carried a creative mind, it was only natural that Lynch used art and music as an outlet. 2017 was the year Lynch finally came to an age and understanding regarding her mental health, trauma and quirks. It was through her visual art – utilised as a cathartic vessel – that she began to uncover her secrets, even ones she had hidden from herself.

Spectator Jonze is the culmination of self-discovery and healing that has evolved into a people project of passion, bringing mental health to light by depicting the often-taboo subject of our individual battles. She does this through a colourful, comedic display of imperfectly perfect beauty through her subjects.

In two years, Spectator Jonze has completed over 100 portraits and has had her work commissioned by Christian Louboutin, BMW, Hohe Luft Magazin (A German publication), Adobe and The Tivoli as well as featured in VOGUE Australia, Style, VOGUE Singapore, GRAZIA, 10 Magazine, FLAUNT and more. Spectator Jonze has also won the People’s Choice Award 2018 at the Just Art Exhibition for the Law Society of NSW, received a Highly Commended for RQAS Young Artist’s Award 2018 and was a finalist in the Brisbane Portrait Prize 2019 and in 2020.

// Finalist in the Brisbane Portrait Prize for '#80 - Deena IX: Waking the Tiger'.

// Winner of the People's Choice Award for The Law Society of NSW's Just Art Exhibition with '#33 - Nathalie: Change the Date'.

// BMW Australia invited Spectator Jonze to design the first Art Car for their new 2 Series Gran Coupé as part of Brisbane Street Art Festival. She was also a speaker at their BMW International Women's Day Breakfast and did a live drawing and the unveil at their launch event at Howard Smith Wharves.

// Style Magazine invited Spectator Jonze to pose with the BMW Art Car and interview for the front cover of their March issue.

// Napoleon Perdis All Stars collaboration to create during quarantine with their lipsticks as the inspiration.

// Collaboration with Christian Louboutin on his AW20 Cube Collection.

// Working alongside Logan Hospital's Mental Health Group to showcase patients and their stories through portraits and a documentary for Logan Art Gallery.

// One of the street artists for Brisbane Street Art Festival completing a mural at West End Village.

// 1 of 5 emerging artists selected out of over 400 applicants for Anglicare's Arts & Minds 2018. Raised $4250 at charity auction with first ever piece sold '#50 - Deena VI' and featured across 32 GOA Billboards in Brisbane, Logan and Gold Coast.

// ADOBE commissioned an AR immersive world featuring both music and art for their annual Festival of the Impossible exhibition and for the launch of their new app ADOBE Aero.

// Open Season at The Tivoli poster artwork for their festival season.

// 4AD Digital commissioned a Spectator Jonze Augmented Reality street art poster that was distributed along the streets of Sydney, Melbourne and Brisbane where people were invited to interact with the poster through their smartphones.

// Mural for the newly established entertainment precinct of Toombul Shopping Centre in Brisbane.

// 'Woe, My Heart' single art for Oh My My (Sydney-based musician).

Jonze loves collaborations & takes on limited commission work, if you’d like to work with her please say hello!